Tanana's Inuit tribe is a group of humans led by the shawoman Tanana.

Three brothers who are members of the tribe - Denahi, Kenai, and Sitka - collect a basket of salmon, which they tie in a tree. However, Kenai does not secure the basket, which falls open on the ground. Shortly afterward, the brothers gather with the rest of the tribe for Kenai's ceremony, during which Tanana gifts Kenai with the Bear of Love totem.

Later, when Sitka dies, the tribe gathers for his funeral.

After Kenai decides to become a bear permanently, he has a final ceremony in which he places his pawprint on the wall of his ancestors. It is presided over by Denahi, who is named by Tanana as her successor. The tribe, as well as Kenai's bear cub friend Koda, cheer for Kenai after the ceremony. 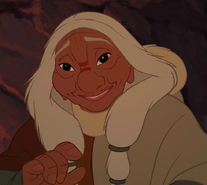 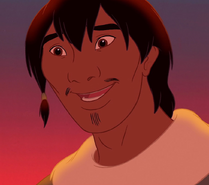 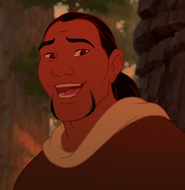 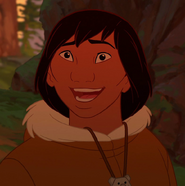